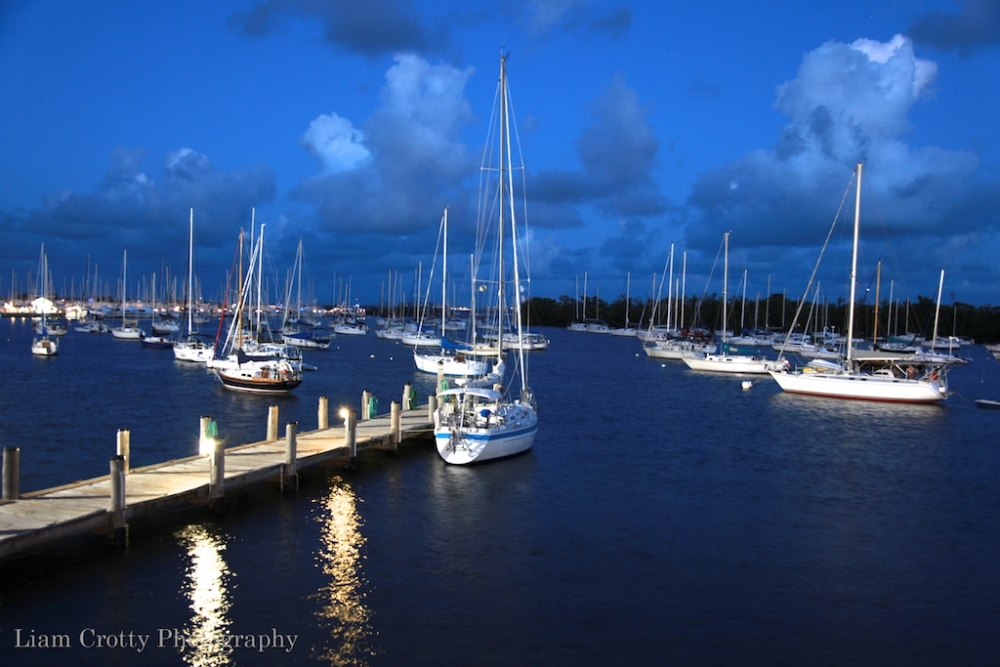 The photograph shown above is one of the reasons why I joined the Coconut Grove Sailing Club.  When I first visited the Club and saw this beautiful view, I knew this was the place for me.  Oh, and there are really great sailing opportunities here.  This last weekend I photographed the CGSC’s annual meeting.  This year’s event was well attended with standing room only and many issues were discussed.  The Commodore of the Club, Alyn Pruett, led the meeting: 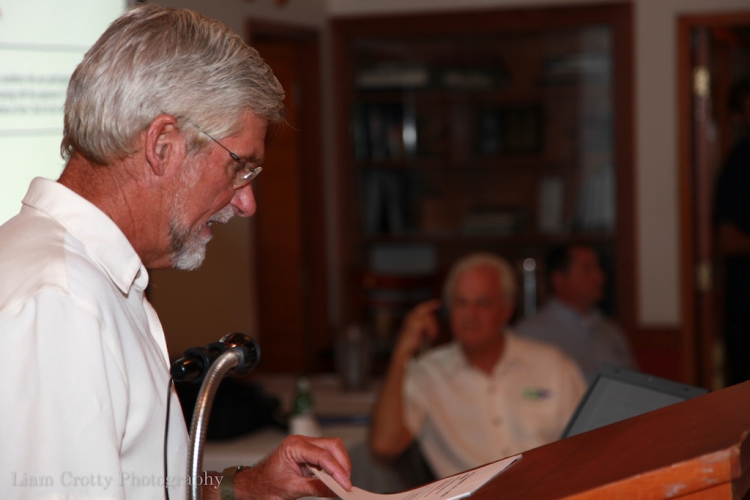 The Club’s Executive Assistant, Lauren Simpson, is shown here discussing how to sign in members as they attend the meeting with Alyn Pruett: 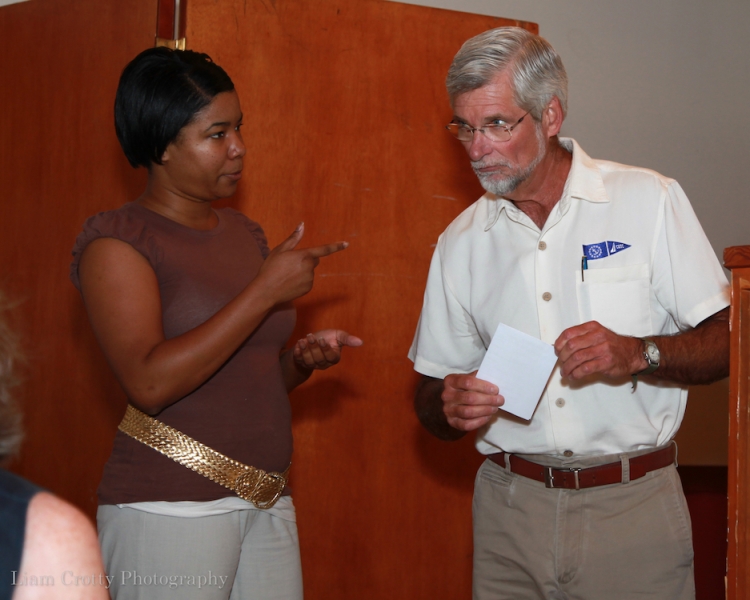 The Club members voted on many changes to the by-laws: 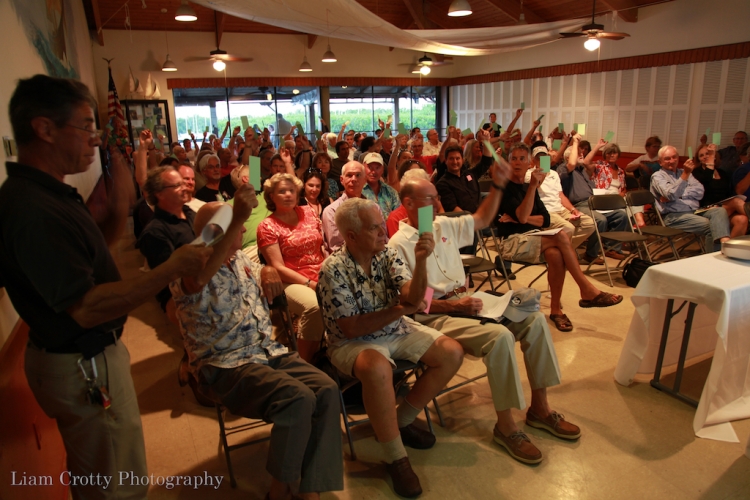 New Club officers were elected for the upcoming fiscal year.  Shown below is Rear Commodore, Doug Hanks, collecting the ballots: 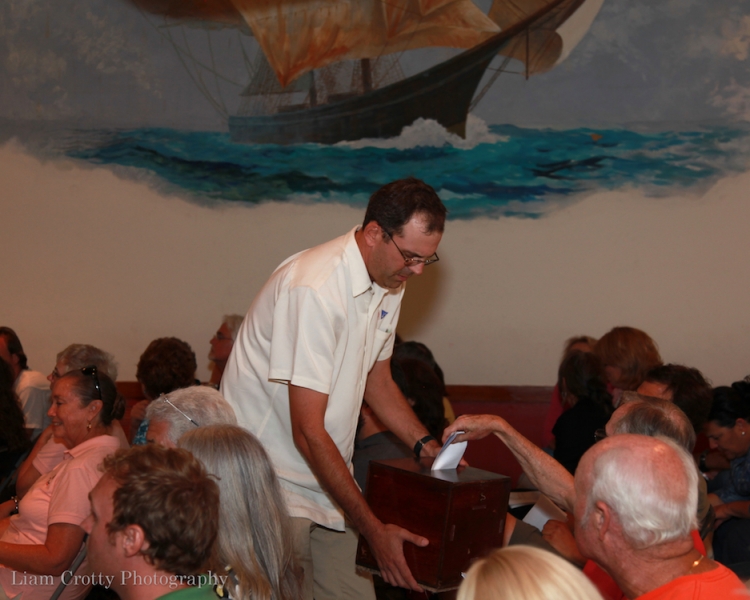 The Club has a new General Manager, Patrick Tully, who oversaw the evening’s proceedings: 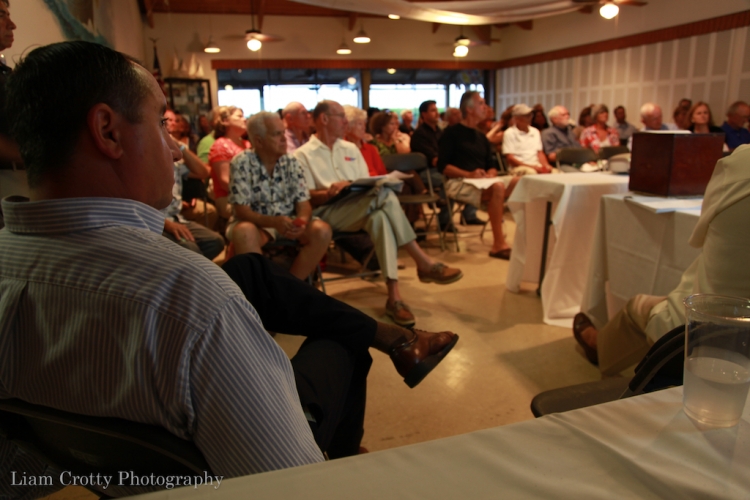 After the voting, the current officers counted the ballots in the Club office: 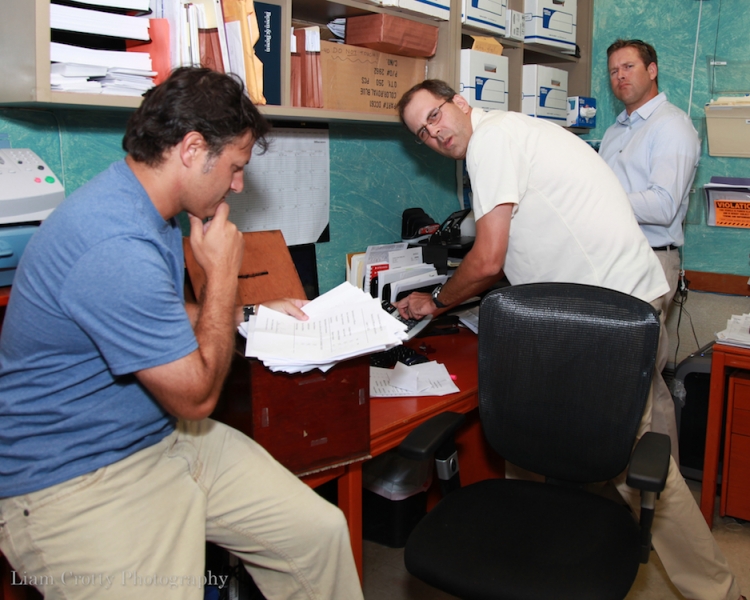 When the meeting was over, the Club members were entertained by The Transition Blues Band led by Gary Urban  on the back deck overlooking Biscayne Bay and swarmed the Club’s bar, “The Grove’s Nest”. 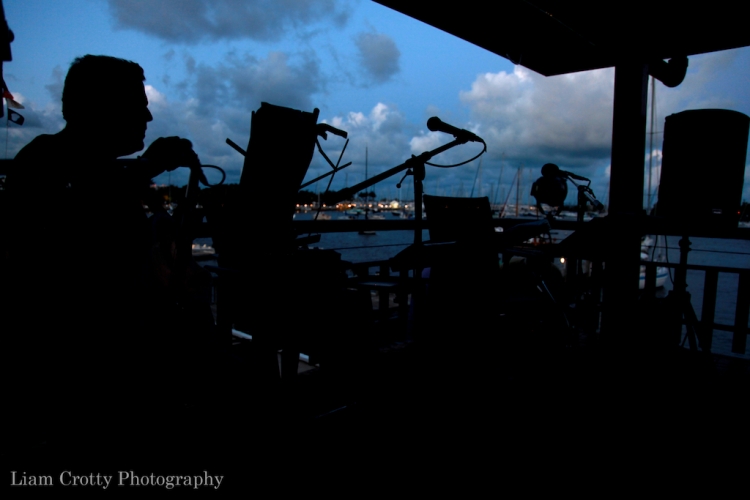